Full Name
Luis Nevarez
Speaking At
Finding Purpose after Burn Injury
Speaker Bio
Luis Nevarez recently retired as the fire chief after 32 years of service Chief Nevarez worked for the City of Tulare Fire Department well he began his career in 1989. January 26, 2002, Chief Nevarez Accidentally made contact with the high-voltage 12,000 V power line which led to the amputation of his left below-elbow extremity. Chief Nevarez, had third-degree exit wounds throughout his body. He was hospitalized at Fresno’s Burn Unit for approximately five weeks. He returns to work seven months from the date of his accident. With his determination and a no-quit attitude. Once he was fitted for a prosthetic he began training every day to build his strength, train with all the fire equipment, and put himself through the fire Academy to return back to work. Chief Nevarez Completed and passed all manipulative skills required from recruit firefighters and was back to work as a firefighter within one year of his accident with no restrictions and no accommodations. Chief Nevarez worked his way up the ranks and recently retired as the fire chief. 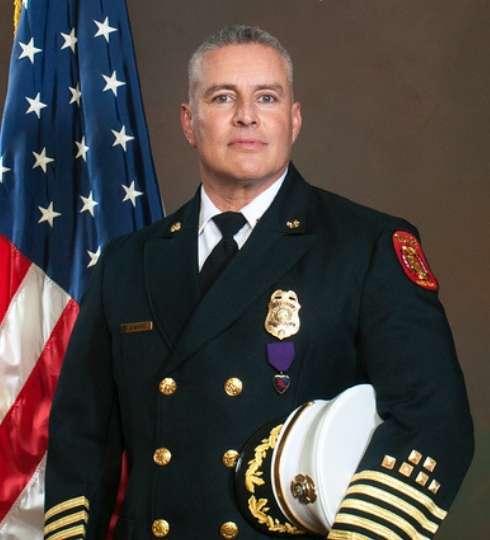