Full Name
Joe and Carrie Kinan
Speaking At
Learning Session A: Finding an Audience for Your Story
Speaker Bio
Joe was burned in 2003 in the Station Night Club fire in RI. Pyrotechnics were set off inside a small bar without permits and unfortunately, 100 people lost their lives. Joe was burned 65% of his body and has had over 135 reconstructive surgeries as well as a hand transplant.

Carrie was burned in 1980 at a YMCA daycare. At 15 months she was always wanting to taste what was in her parents' cups. The daycare provider had a thermos cup of coffee that Carrie tried to drink. She had one surgery and was sent home under her parents' care.

Joe and Carrie met at Phoenix WBC in Vancouver BC and became friends right away, they didn’t start dating until 3 years later. Almost 15 years later they are now married and have an 8yr old daughter, Hadley.

Joe and Carrie spent almost 5 years working with RI movie director David Bellino on a documentary called "The Guest List". It is about the months leading up to the fire and the years after, for the families who lost loved ones, the people who survived the fire, and a few members of the band. 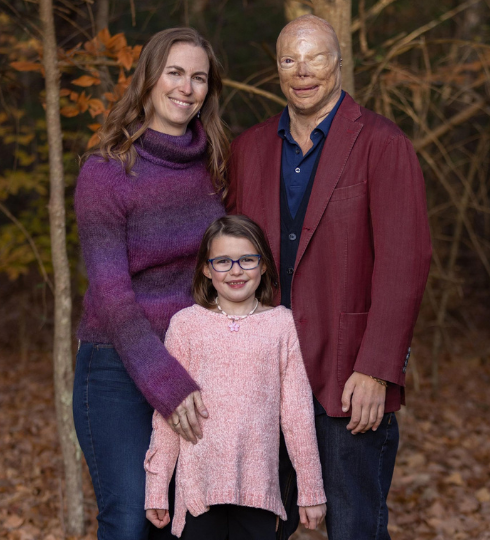